A newborn has become a legal adult in the time that Fruits Basket has been off the air. It has been eighteen years since the original anime ended. A child has come of age and is celebrating their Bar Mitzvah in the years the manga has ended. But now. Now Fruits Basket has been revived and it is intended to see it through to the end. Which is why it makes a point to make the title card: Fruits Basket -the 1st season-. It’s like a promise that they keep repeating to themselves as if making themselves accountable for actually finishing it. Which I’m TOTALLY okay with. Because if you’re going to revive something as popular as Fruits Basket and PROMISE to finish it? Well, if you don’t you’re going to have a lot of angry fans on your hands.

But that’s enough of that, let’s get into the meat of this post which simply asks the question: “but how good is it?” Being a remake can always have its problems. Not only will it constantly be compared to the original, but it’ll also be scrutinized for any changes it makes and also for not making any changes at all. Basically, one way or another—somebody will find something to be upset about. Fruits Basket is no exception.

The funny thing is, the one complaint I hear the most about it is: “it’s not as funny as the original!” And I agree.

The comedy is not as over the top as the original anime. It certainly tones it down from the hyperactive jokes and takes a much softer approach to the material (which you can tell in art style alone). The second most heard complain

is: “they got Tohru’s eye color wrong!” Actually, friend…they didn’t. Both of these changes can actually be traced back to the original source material—the manga. Whereas the Fruits Basket anime was made to be very lively, the manga wasn’t as over the top and that same mood is certainly reflected in the newer remake which aims to follow the manga. When it comes to Tohru’s eyes, that too is something that is true to the manga. See, when the original Fruits Basket anime came out, it actually got her eye color WRONG. Why they chose to make them blue back then, I have no idea, but her so-called “wrong” eye color in the 2019 anime is actually correct. And you know, most problems I hear people having with the new anime can mostly be traced back to the manga. So naturally, I don’t really have a problem with most of these concerns. After all, the 2001 anime ended up mixing up the events of the first three volumes to have a satisfying ending to that anime, but since the 2019 is going for gold and aiming to completely adapt the manga, it makes sense that it’s sticking more closely to it. And you know what? I think that’s delightful.

Seriously, though. This show is a fucking delight. I have enjoyed every moment of this remake. 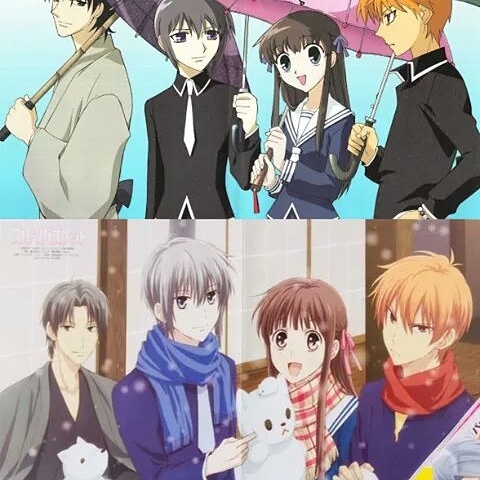 From the animation which is all around cuter, to the way the English dub keeps it’s voice actors for that extra nostalgic feel. I think the new Fruits Basket is doing great. Plus, toning down some of the characters and making them truer to their manga counterpart makes them a lot more bearable in the anime. Kagura, for instance, was so hard for me to like in the anime, but the manga Kagura was fine. The 2019 Kagura? Totally love her now (course I had the whole manga for her to grow on me, but y’know. Apples and oranges and whatnot). But you know what the best thing about this remake is? Kyo is still Kyo and Yuki is still Yuki and Tohru is still Tohru. Nothing fundamentally changed and nothing fundamentally had to. Fruits Basket is a wonderful story and many of us fell in love with it initially. So this new Fruits Basket is just a straight up nostalgia train where we get to re-experience and watch the WHOLE story and get to see the anime ending we never were able to. I see nothing wrong with that. Only positive vibes. 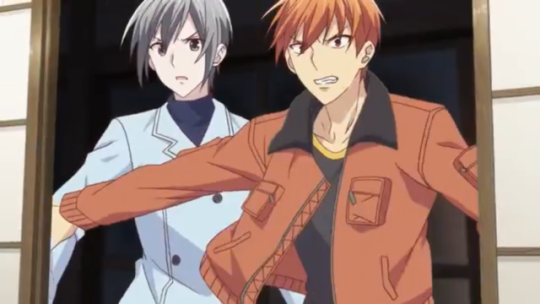 I also think it’s so cool to see it reanimated some 18 years later when animation has improved drastically. And I think it’s awesome that, unlike D.Gray-Man Hallow, Fruits Basket is starting its reboot from the very beginning and not just where it left off. So would I recommend watching Fruits Basket 2019? ABSOLUTELY. Give it a watch, let me know what you think of it in the comments below. I am hyped for seeing this whole story animated. And Star and I are both delighted to see our boys back in action.

One thought on “Fruits Basket 2019: the intentionally captioned FIRST season”