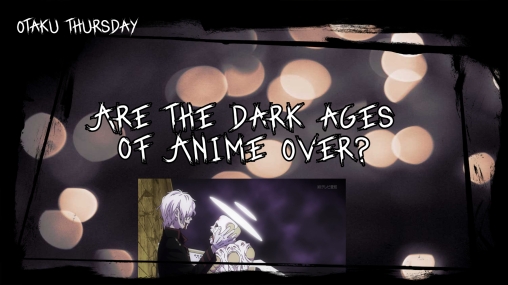 We’ve all been there. The season ends—but it feels…unfinished. Like words have been left unsaid, characters never developed, or complete plotlines left on a cliffhanger. And then—then we tell ourselves that it’s okay it’s unfinished because surely there will be a second season. AND THEN THERE ISN’T.

Yes, we’ve all been there with anime’s that we loved. For a while, it felt like every anime Star or I picked up, ended with only one season, and not in a satisfying way. Most often this would be because these anime were sourced from either light novels or manga, and nine times out of ten, those source materials hadn’t ended yet. This left most anime for a good while with either A) An unfinished storyline and no promises of continuing, or B) An anime exclusive ending that wrapped things up inconclusively or sloppily. During this time, many “mainstream” anime were the only things getting continuations, and many hidden gems and less popular anime got shafted. Which meant disappointment abound and what I would refer to as the “dark ages” of anime.

But you know what? Recently, I haven’t been feeling the same as I used to. It seems that recently a lot of anime have either been given a decent ending for their single-season runtime or acquired a second season to continue their story. Take, for example, the fall season of anime. If you’ve read my latest post about what I’ll be watching in the season, you’ll note how many second or third seasons are on that list. There’s also been an uptick in longer running anime that runs past what became the standard 12-episodes. Which reassures me. Because I remember a time where a standard season would be more like 20-24 episodes long. Man, those were the days.

But so what does this all mean? I wish I knew more clearly, but unfortunately, I don’t. But I do think this bodes well for the health of anime overall. I remember hearing that a lot of the shorter seasons were due to the anime industry being in a rough spot where funding wasn’t as good as it used to be. I’d heard people blame it for a multitude of reasons—everywhere from bad plots, to bad animation, to not getting enough DVD sales. But again, I personally don’t know why it was on the decline, I just know it was stuttering. So instead of being annoyed at all the second seasons or part twos coming out, I’m actually really excited. This could mean that if the anime industry is revving back up again, we’ll see continuations of series that are coming out. We’ll get those quality stories that get endings and that go for longer than 12 episodes. Maybe we’ll even get some more reboots that aim to finish stories (look at Fruits Basket—if it’s super successful, it may pave the way for more older anime). Either way, I’m excited.

But so then we come back to the question—are the dark ages of anime over? Maybe. There really isn’t a clear answer here, which I think is fine. But I do think that if more anime start coming out with second seasons or at least wrapping up their stories nicely in one season, more people will be invested in buying these stories when they come to home release. And more revenue for the anime world will likely lead to a thriving industry for anime and anime fans alike.

But this is all just my opinion. What do ya’ll think about the state of the anime world? Do you remember the dark ages I so describe? Do you disagree they ever existed? Chime in and let me know with your opinion in the comments below.