Hey all! This season has had a lot of great anime, and with great anime comes great characters. See, I tend to get overly attached to characters (a flaw, I know), but I normally only have one or two favorites per season. But this time? Well, I have more than that. So I just thought I’d share which anime boys and girls have stolen my heart so far this season.

Kyo Sohma — One of my OG best boys. The remake of Fruits Basket has brought him back to life and the forefront of my mind. This grumpy, but well-meaning cat is still one of my absolute favorite boys in all anime. I’m legitimately excited to see him back on the screen, and I can’t wait to see all his best moments finally animated. I’d 100% want to be the year of the cat. 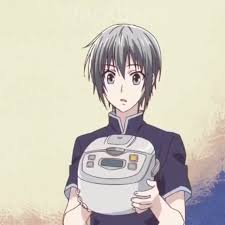 Yuki Sohma– Another of my OG best boys. While I love Kyo, Star definitely has claim of him. But it’s alright because my greatest love has always been Yuki. The calm and beautiful prince, his tragic backstory makes me love him all the more. He and Kyo are stellar foils for each other and to have them back is a dream come true. Somebody go give this boy a hug (preferably a guy so he doesn’t go poof). 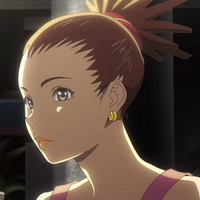 Carole — Oh my goddess. Carole is a GODDESS. I’ve only just started watching Carole & Tuesday but already the whole show hosts some of my absolute favorites from this season. Carole is such a strong, independent, kind-hearted, gorgeous soul. She honestly reminds me a little of someone I care about a lot and she is just amazing. Her strength helps brings out Tuesday, and her voice is, of course, amazing.

Tuesday — Secondary best girl of the season. Tuesday’s gentle strength and slight ditzyness is totally endearing to me. She’s always giving everything her best, even when she’s overwhelmed. She’s honestly such a determined girl and I really want to root for her and Carole so much. Plus Tuesday certainly really cares for everyone and feels a lot. She’s so GOOD.

oddy — Carole & Tuesday also brought forth one of my best boys. Roddy is, honestly, just so damn endearing. He has his moments of being shy, of being what one would call “cool”, but what really catches my eye is his complete awe at Carole & Tuesday. He truly is their number one fan, and he’s doing so much to support them because of how much he likes them. Plus it’s honestly a delight to have him around and see how he interacts with all the others in the music industry. 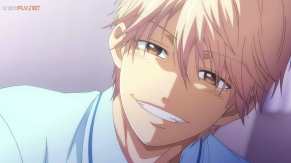 hika Kudou– Literally the best boy that came out of NOWHERE. Chika could’ve been any old delinquent in an anime but they just had to give him this tragic backstory. Honestly, despite Chika being pretty loud and sort of obnoxious at times, his heart really comes through and makes you love him. He really loved his grandpa and he faces everything with such honesty and fairness, it’s kind of amazing to think how mature he can be when he acts so immature around his friends. Chika is not only unexpected, but he may be my FAVORITE boy of this season simply for the depth of his character.

ukishiro Nanako — Okay Nanako is so damn cute. Like, I’m not usually one to name best girl simply for their cuteness, but COME ON. Her actions are just adorable. She gets embarrassed so easily because she can’t help but wear her heart out in the open and it’s honestly precious. And the fact she communicates through writing? Definitely a +5 on the endearing meter.

Tanjirou Kamado — Literally the purest child to ever walk the earth. Okay, maybe that’s being a bit dramatic but Tanjirou is honestly such a good boy. The boy with the “Gentle eyes” has such a kind heart. Despite the fact he literally goes into sub-psychotic rage when someone tries to hurt his sister (siscon? Perhaps), he is able to empathize with literally everyone and everything. Which to me just shows that he truly is a kind person which makes him prime best boy material.

oi Kuji — Last up we have my bias from Sarazanmai. Now, I know Toi has none of the qualities that one would probably associate with best boy. I mean, he’s portrayed as a criminal. But still, he has a distinct love for his older brother (also a criminal), and he has shown so much growth in his relationship with Enta and Kazuki. I think deep down, Toi really has a kind heart that’s just been raised to be hardened steel. This soft but prickly boy has a lot to deal with, but he brings a smile to my face whether he’s smiling and laughing freely or watching as his bro waterboards someone…yes that did happen. Toi is a really good kid, he just loves his older bro and wants to repay him for all that his brother has done for him. It’s sad…but pretty damn deep. In another life, maybe those two brothers could’ve been happy together without all the criminal activity.

These were just my favorite boys and girls of the season, but what are some of yours? Let us know in the comments!