Hey everyone, this goes out to all the nerds who forget how to use their words. 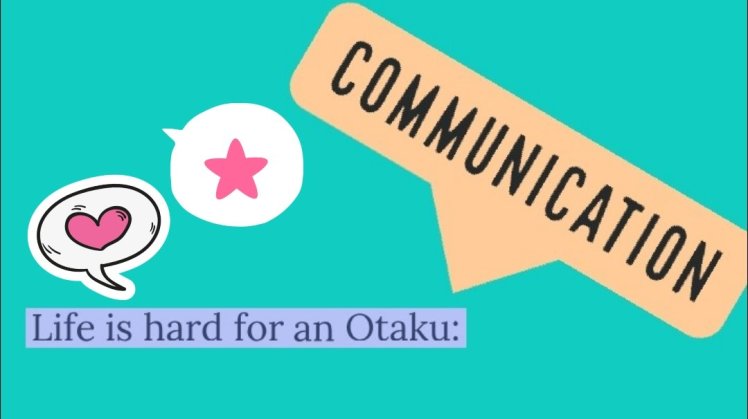 To make this easier, especially for those weebs that learned Japanese, I’m going to break it down into three categories. First up is….

This category is the most used in America. Which means it’s suppose to be the least amount of pressure. For normies or nerds, this category can strike fear into hearts everywhere. You are suppose to act natural, be comfortable. No matter what category you’re speaking, make sure you are clearly heard. Not screaming, squeaking, projecting or whispering like you’re in an ASMR video. When you’ve started the conversation, talk at an even pace not sofastthatitjustsoundslikewhitenoiseandthepersonyourespeakingtohastoaskyoutorepeatyourself. Take. Breaths. Regular pauses between words can convey the right message. Even if the message is ridiculous. Which brings me to content. For weebs, content is fandoms. So reel it in. Don’t dive head first into plot theory, just relax. Be personable without being overwhelming. Same can be said about normies too. Calm down. And don’t let your emotions snap back at unsuspecting victims. They don’t always deserve your wrath.

This category is for those of you that have a lot of feelings about what you’re going to say. Most of the time words just escape in the form of attacks. Like blunt objects hitting the other person in the face. Be aware of your surroundings and take in the kind of person you’re talking to. With that being said, knowing when to pull your punches may avoid arguments and disaggreements. For instance, offending someone in a line is and always will be a bad idea. Because you, like everyone else, has spent time in this line. If you know to keep in those comments you won’t be starting a fight in the middle of the autograph line for which character of Jason Mamoa’s was better.

This one in particular can be the most intense. Depending on where you go and the company you keep, you may be use to this kind of speech. But for most shut-in nerds, not so much. Basic manners will take you far in this world and partnered with titles, pleases, and thank yous, you will be the most polite person in the room. And sometimes that’s all you need to impress a celebrity. (They really love it when people are respectful and considerate.) With that being said, it’s time to put your usual causal self through a filter. It’s not only about appropriate and relevant topics it’s also about behavior. Your body language says a lot.

So things to take away:

Mean what you say.

Know when to pull your punches.

Get all those things down and you’ll be golden. Make me proud fam.