Whether it’s the backdrop of a romantic shoujo moment atop a gorgeous mountain, or the sad choice of weather for a death march as you carry out your fallen friend, snow makes for some visually stunning moments in anime. But you know how people associate emotions or ideas with weather? Well, snow in anime is no different.

Snow is used most often to convey a profound sadness, to set the mood, or even to

represent a new beginning. The idea of snow representing sadness is one that carries through many cultures — there is something beautiful yet fleeting in the flakes as they fall. I think one of my favorite scenes of snow falling is from Tokyo Ghoul season 2. Kaneki carries the body of Hide as he goes to turn himself in, and snow Cascades around them. Kaneki does not cry, but his slow March with the acoustic version of Unravel playing as snow falls around him, seeps the sadness that fills him. It provides a highly emotional scene without words.

Then there is Mafuyu’s song in Given which focuses on winter. This song literally starts with the lyric “just like snow that hasn’t melted”. While it is clear they are using the cold winter due to Mafuyu’s ex-boyfriend being Yuki, it still sets the stage for a song that is about deep sadness and loneliness. If you take the idea of snow as being something that represents sadness, in a way, the line can be interpreted as Mafuyu saying that his sadness has yet to fade—like snow that hasn’t melted.

Another example and one of my favorites is 5 Centimeters per second. This stunning film has the two main characters sharing their first kiss in the snow—but it’s also their last. Takaki is moving away and knows he won’t see Akari again. The snow makes for a

beautifully romantic scene, but it also represents the bittersweet nature of the scene. Which, I think is honestly snow in a nutshell. It can make the most stunning scene in an anime, but it’s presence feels bittersweet at times. Like something sad will have to follow (even if it doesn’t always). But the funny thing is, I’ve also always associated snow with something else: a new beginning.

Even if you look at the three examples I pulled above at random—all of them could imply a new beginning. With Kaneki, his willingness to turn in himself shows that he’d given in at last and was ready to stop being a bit of a rogue ghoul. With Mafuyu, though his song says that his snow hadn’t melted, it actually is the starting point for Mafuyu to move on. Him being able to voice his sadness is the start of a new beginning for him, and more importantly the beginning of forgiving himself so that he can move forward. And lastly, in 5 Centimeters per Second, Takaki actually is moving away and will essentially have a new beginning when he does, making the snow in the scene all too appropriate. 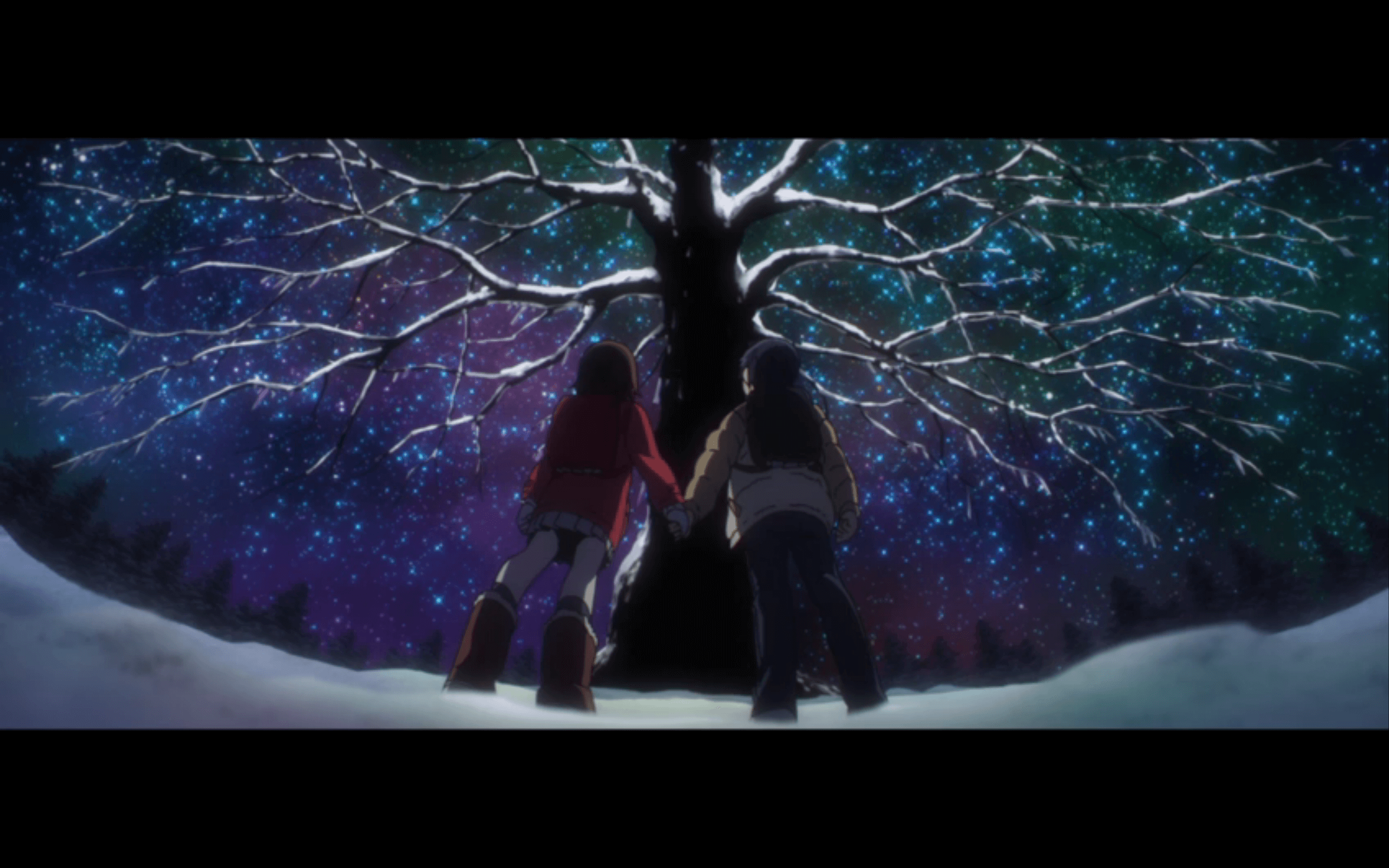 Snow, like any element, can be very profound in that it can represent two seemingly clashing ideas, yet two that go hand in hand. Sadness. The hope of a new day. Both of these can be intertwined with the gentle flakes of tears that fall to the ground and pile up into beautiful winter sceneries. And you know, that’s one thing about snow—whether it invokes a deep sadness within you, or whether it sparks the hope of a new beginning—we can all agree that it is stunning. The way it falls, gently. Like solidified tears to the ground as they coat the land and turn something melancholy into beauty, and when it melts, it ushers in a new spring.