The snow begins to melt, leaving the barren tree branches to reach towards the sun as the first flowers bloom, and welcome in the spring.

Hello and welcome to the first seasonal top five for the 2019 anime! Winter anime has been wrapping up in the past few weeks, and this week we’re rolling into spring, which means it’s just about that time that we play the final countdown AKA we start figuring out which anime’s topped out for this first season. Unlike last year, I’ve decided this year’s seasonal favorites will go on to perform in the bracket at the end of the year for best anime of the year, which made this incredibly harder to decide. There were some really good anime to start off the year, and it makes me super excited to see what spring has in store. In the meantime, let’s count them down! 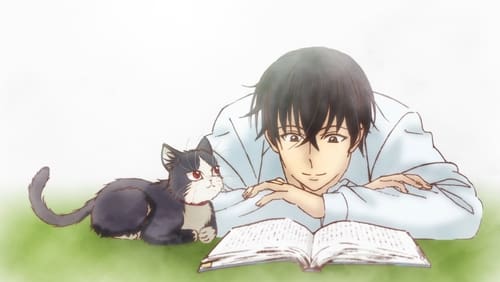 For this season, THIS has been my feel good anime. If any of you read my full review of this, you’ll know why I love this so much. The thing that makes this sub-par sounding anime land on my favorites list is the relationship between the novelist  Subaru and his cat Haru, as well as the way this story is told. I’ll start with the way that the story is told. When an episode starts, we begin in Subaru’s POV, but halfway through the episode, we see the same events happen over again from Haru’s POV. Whereas Subaru normally has these amazing moments where he believes Haru does something profound, we later find out that for Haru it wasn’t like that at all. Which brings the humor, meanwhile the drama comes from the relationship between these two and the parallels between their story of loss and isolation. These two come together and come to learn what home is, and what family can mean. It’s damn adorable and definitely a good thing to balance out the rest of this season.

Of course Dororo has to make it on this list. It has been a true delight for this season, even though it’s still got twelve more episodes to go. This is a remake that should be the poster child for remakes everywhere. While it does slightly transform the story, it transforms it in a good way, and in a way that actually improves upon the source material. What was once a straightforward shounen, is delved into with more thought and animated beautifully to create this amazing anime. Like, I honestly cannot say enough good things about this show. Seeing Hyakkimaru’s struggling as he gets back pieces of himself is so much better than I ever thought, and while most of the story concerns itself into heavier drama, it has wonderfully light hearted moments that often revolve around Dororo (who, for the record, I would die for). While I know Dororo still has twelve episode to go, it certainly deserves to be on this list for it’s first half. Please, if you haven’t–go watch it. 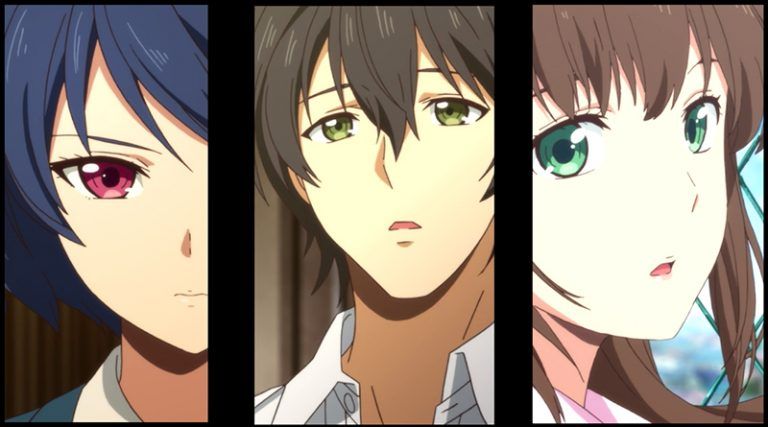 Okay so I’ve had a love/hate relationship with this show all season. Love, because I find the concept to be pretty interesting, but hate because of the siblingcest (I’m sorry, but it truly disturbs me, even when they aren’t related). But like…the siblingcest isn’t entirely Natsuo’s fault which is what makes this anime so damn interesting. Natsuo just naturally has a crush on Hina, and then also just so happens to sleep with Rui, without even knowing they are related, let alone about to become his stepsisters. So where my first instinct to siblingcest is to normally throw it in the fire, I just feel BAD for all of them involved. Like, this is some next level misfortune, and I like that the anime explores that as well as them trying to get on like family instead of just making it a sister harem. Like, it definitely still has a lot of those moments but…I don’t know. I just can’t hate it entirely now (I almost hate myself for not being able to decide my feelings on this haha). But I can’t deny the brilliance of this, so it had to make it on my favorites list. It’s a new take on a kind of story that I normally hate, and I don’t hate it, so here we are.

It’s been three years, but we’re finally back at it with season two of Mob Psycho 100. Yet again, it has swept into it’s season with praise and hype all abound. What I appreciate most about Mob Psycho 100, is that it brings back all that we loved about season one, and just gives us more of it, which is something I cherish (especially considering the super lackluster One Punch Man trailer that recently dropped). It’s consistently good from week to week, and the finale is just–DAMN. Not to mention the overarching narrative in season two seems to be a culmination of everything Mob learned in season one, which for a storyteller is like music to their ears. Like, WOW. Thank you, all that actually mattered and is now affecting this character in concrete ways. At this point I almost don’t even care if Saitama returns to be shit, because I know Mob will always have my heart and trust. 10/10. This made the absolute hardest decision between Mob being number one or number two on this list.

But now, before we get onto what is the best anime of winter 2019, I need to just take a moment to say what a great start to the year it’s been. Every single one of the anime on this list (okay maybe not My Roommate is a Cat) was incredibly brilliant in their own way, and honestly made it near impossible to rank them. Plus there are so many others that were equally as good that just didn’t make it onto this list simply due to my own personal taste. So, if your favorite winter anime isn’t on here, I’m so sorry, but please let me know down below what it was or what you thought was amazing.