I’m sure you know what I’m talking about. Because in a way we have all seen them. They are the fans of legend that come to raves and concerts in clutch. They often make an effort to arrive early and set up their equipment which mostly consists of a giant poster, multiple battery light sticks, or a full light-up outfit. For those of you who have no idea what I’m talking about, let me explain. 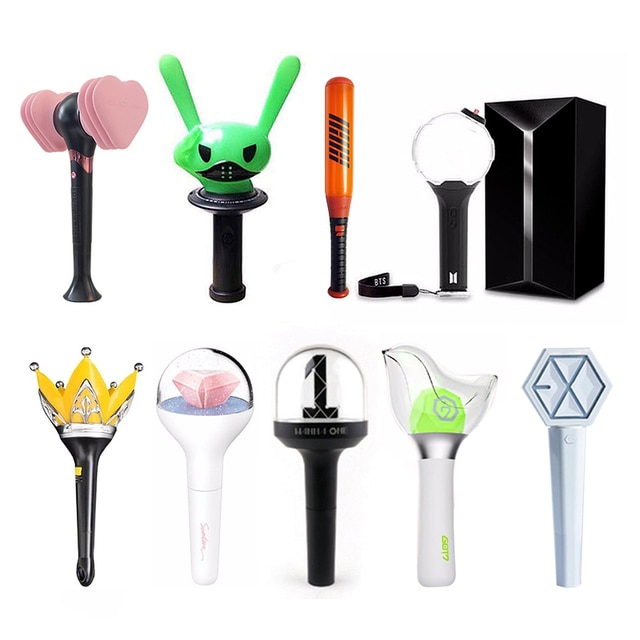 For noobs who are just entering the fandom world of K-pop and J-pop there is one thing you should know as a fan. Color, is very important.

Before I get into it I’d like to say that this strategy is incredibly clever. Fans in these communities can be very precise in their love of any particular band member beyond the ownership of clothing and paper items. Not entirely sure how this started but I’m glad it did, because how else can your favorite member see just how much you love them in a dark arena filled by thousands.

Every band has designated colors that relate to those members. It’s honestly that simple. The bigger the light the more you’re seen. (Or at least that’s the idea!) But recently they have capitalized on light sticks making them official merch that caters to every member and their color. Some official light sticks may also have a function that makes it interactive while in the concert vicinity, which adds that extra level of wow. Generic light sticks with multiple color options is the best way to go for any weeby/rave like event. So to answer the question of the blog title. I think I should probably get a light stick.

And now I leave you with some typical light stick behavior in action.