Welcome to Weeb…Sunday? Doesn’t have the same ring as Wednesday but oh well! Today I’ll be reviewing a love of mine—also known as RWBY. Volume 6 kicked off just a few weeks ago and it was a long awaited for premier for me. With last season being decidedly lukewarm, I’m really hoping this season will be better, and if the first few episodes are anything to judge by, it should be. Let me get into why.

Now, I’m sure some of you are thinking: but RWBY isn’t anime! Why are you reviewing it when all you’ve done is anime? Well, it is extremely popular in weeb culture, so close enough!

To give you some background on me and RWBY, I started out not necessarily enjoying it, but it grew very much on me, and now I enjoy it greatly. So I was pretty disappointed last season when I felt the story just wasn’t that great. This season, I went in wondering if they’d pick up the pace, and boy did they.

The first episode starts us out with a fight atop a moving train that, while still not amazing, is doing a lot better. The action sequences of the past few seasons have been pretty lackluster, but I think the Rooster Teeth team is getting back to it slowly. Anyway, after the train sequence we flash back to when team RWBY and team…JNR (it just doesn’t sound right) + Oscar & Qrow, getting on said train so that they can take the relic from last season to Atlas. I must say, it was a delight to see them all gathered together, acting like the kids that they actually are and it was a nice bit of lightness in what would be a more action packed episode. 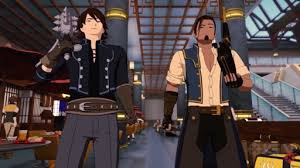 Oh! Also I want to take a moment to just mention these two idiots → who greatly reminded me of Miguel and Tulio from Road to El Dorado. Was it just me who saw the similarity? C’mon.

ANYWHO. So a lot of good action happened on the train. But also on the train we saw team JNR split off from the others in order to save a train of people. Which y’know, was super heroic and all BUT COME ON. We just got them all together and already the animation budged apparently can’t have them all together for the season. Which is totally fine, I’m sure it’ll make for better story. I’m just sad. I was really enjoying seeing JNR getting more important scenes, so I really hope they all meet up in Atlas soon.

Aside from that, another thing I was really excited for was the use of the relic of knowledge to figure out what Ozpin was hiding from everyone (and amazing that this was set up in episode two–thank you plot). It’s been pretty clear Ozpin has never been entirely honest with everyone, and I was super excited after seeing volume 6’s poster since he and Oscar (best boy) were the center because I knew this meant we’d be getting some good scenes and so far this has been true (as long as we protecc Oscar–that precious cinnamon roll deserves no evil).

See, I’m not a big person for flashbacks, especially early in a season, but RWBY tackles a HUMONGOUS one in episode three. This episode tells a story that I was personally curious of: How did Salem become what she is? 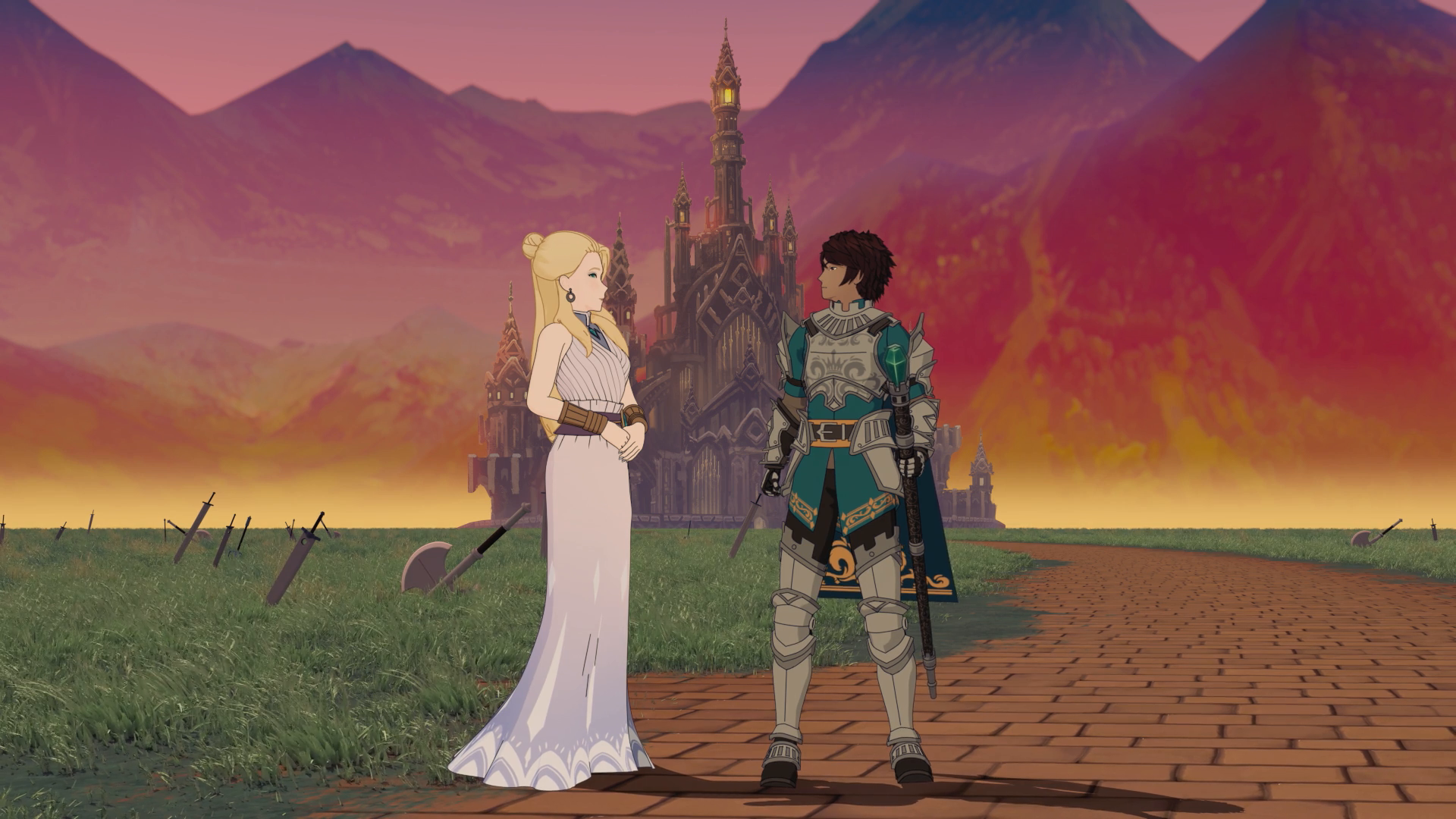 I must say, this flashback was pretty damn good. It showed a connection between Salem and Ozpin that I never would’ve thought, as well as how Ozpin was cursed with immortality. More importantly, this flashback had some earth shattering (or should I say moon shattering) revelations on the state of the world they live in. All in all, really good stuff that makes me think this season is going to be lit.

Overall, the first few episodes of this RWBY volume is very promising in my opinion. Nothing has gone terribly wrong or boring yet, and instead what we have gotten is already leaps and bounds better than the last two volumes. I’m truly excited to see what’ll happen in the rest of the volume, and also really excited for what I hope will be even more Oscar (and perhaps Ozpin) screen time. In many ways, I believe that kid is one of the most interesting plot lines of the show (literally having to share a body with an ages old immortal), and he hasn’t gotten proper screen time til now. So I’m all in for what’ll hopefully be great! If you’re a RWBY fan, you’re probably already watching this season, if you’re not, all I can say is that it can be entertaining, but also not for everyone. But til next time, these have just been my first impressions!