Alright so first I, Star, would like to write a disclaimer that Luna doesn’t like Mecha all that much so I took it upon myself to finish the series. With that being said and without further ado, my inner sexually confused teenage spirit will tell you all about Darling in the Franxx.

I’m going to try my best not to spoil anything alright y’all. It’s long overdue but here it is.

I’m going to start by saying that the first 5 episodes are filled with your typical Mecha tropes. Giant robot battles, getting to know the robots and partners, lots of inappropriate innuendos, and your fill of ecchi butt shots and fine people in skin-tight suits. But underneath all of that is many love stories. Not just romantic either. There is a familia love, a love for a people, a love for a place and a love for a friend. With the sprinkling of personal growth and a desperate need to protect the ones, they care about. They fought together but they also grew up together and taught each other what it means to love. So yes, this is a story about robots with crotch shots and bouncing boobs but it’s a story about respecting each other and working as a team for the greater good.

Time to unpack this. 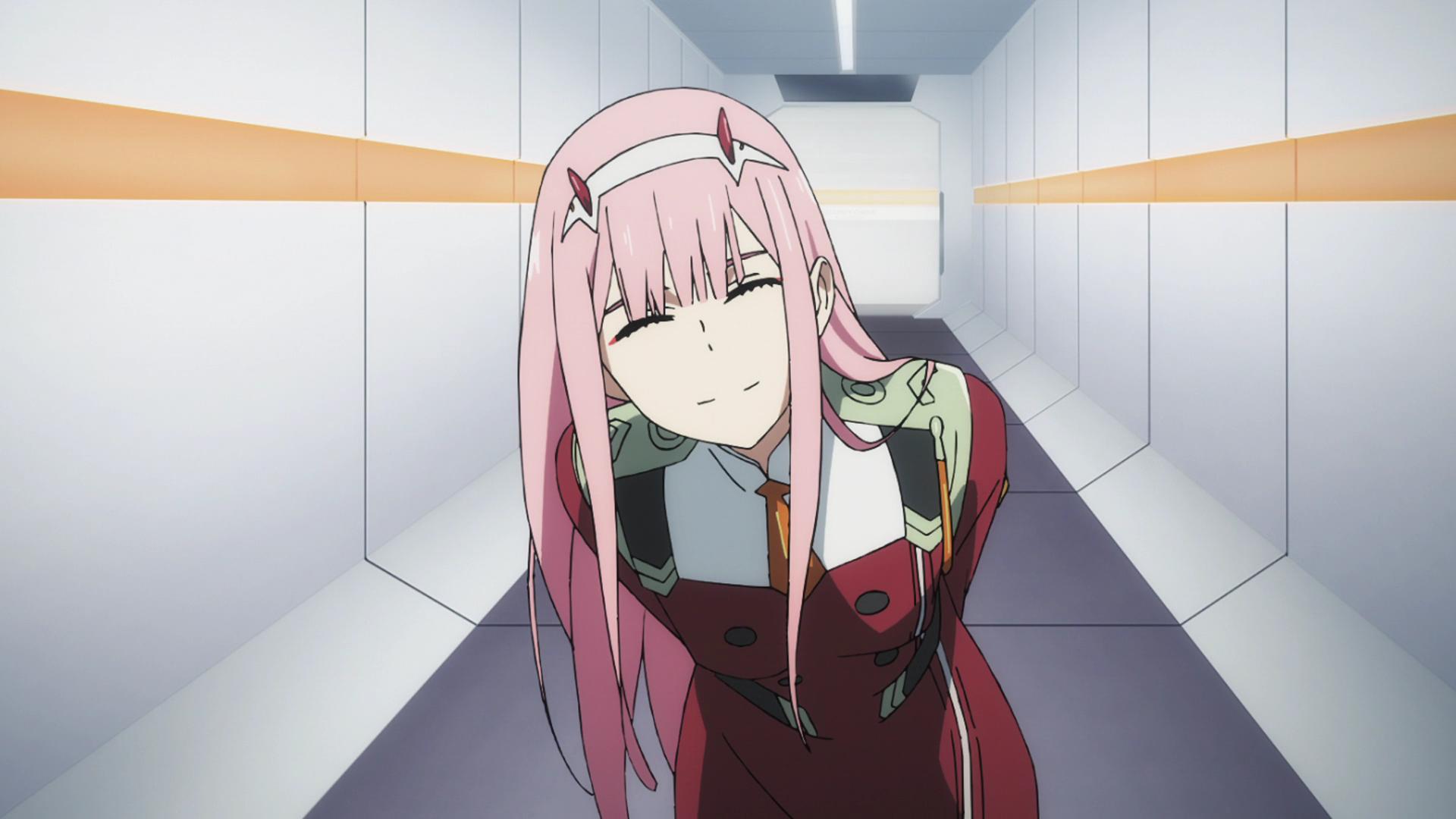 Zero-Two. Is the biggest feminist symbol I have seen in an anime. EVER. Not only did she, see what she wanted and fought for it, but she was put down because of her appearance. Every girl has felt that pain. That at the end of the day all we’re good for is -insert perfection here-. Zero-Two ignored the naysayers and proved her superiors wrong by choosing to love whomever she wanted. When I watched her I felt her raw emotion, her strength and her will power. As OP as she is, she has a lot of flaws. She’s gone on quite the journey all by herself and by the time the series starts, she still had a lot of growing to do. The kinds of characters are the ones that grow as the series does and that’s what I saw with all the kids but especially Zero-Two. 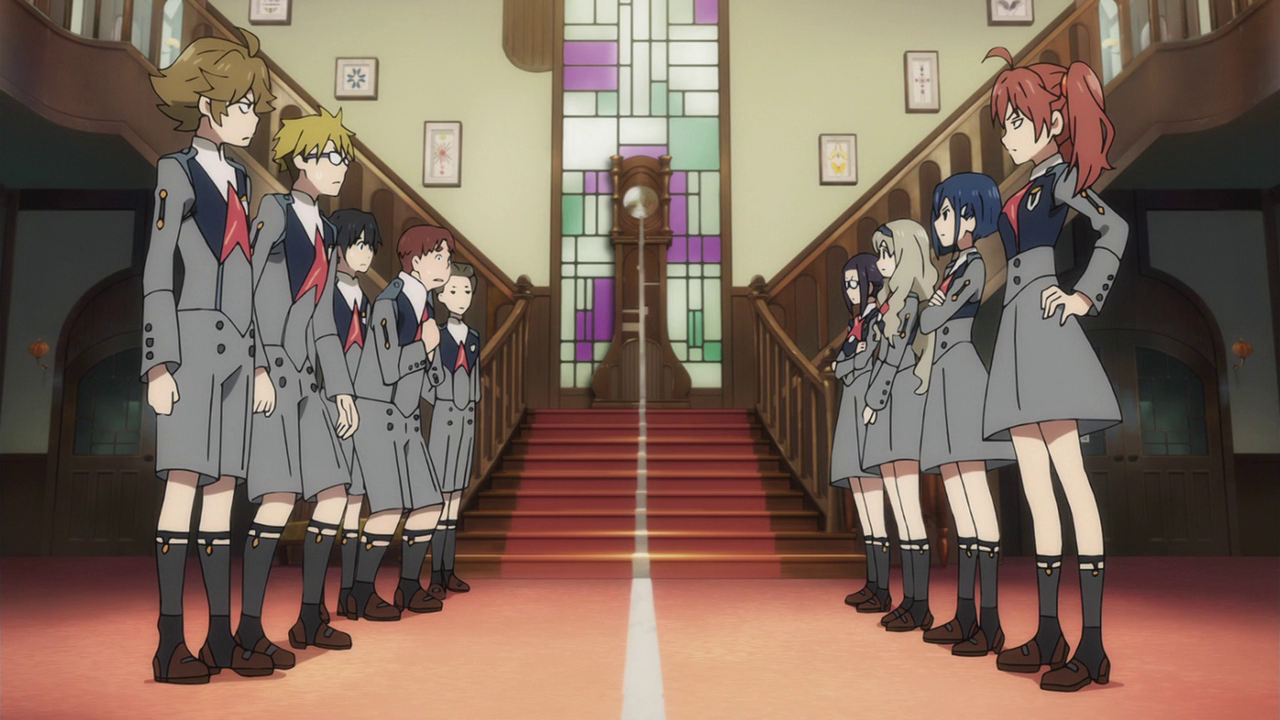 The kids. (I’m going to group them together because I don’t want to spoil anything. And picking them out and explaining how each of them has grown and changed throughout the series would give away what was the best part of this anime. So maybe one day I will break it down, but for the sake of spoilers, I will umbrella them all.) I loved each and every one of these little shits. In the series, we watch them go through the typical awkward puberty that is being a teenager. They discover their sexualities and genders, they fight each other, they teach each other, they say things they don’t mean. It’s very humbling to watch as an adult. For teens, the themes they introduce are conversations they should be having. In America, these themes are more common and accepted but for those who can’t be themselves this series displays that frustration in a way where people can form a discussion.

This last bit is about an issue that I have seen surrounding the popularity of this anime.

Yes, there are titties. Yes, there are butt shots. And YES, they are CHILDREN. Teens under the age of 18 are still considered children here in America. And 21 is the age Americans become adults. SO that DOES NOT give the right to treat underage cosplayers like ZERO-TWO. Zero-Two is an amazing character as I stated above and girls should be able to cosplay her and embody the confidence that she has. Be that in her character, her spirit, or her appearance. And when these girls and women cosplay this amazing character they should not be the victims of groping predators. I DON’T CARE HOW ACCURATE OR CUTE THEY ARE. KEEP YOUR PAWS OFF. Let them live their lives as the beautiful confident females that they are. Fight me.

Thank you for coming to my ted talk.

There is no second season and this anime actually ends. How you view this anime, the kind of person you are, and the messages you took away from this series will determine how you feel at the end.