I don’t have too much of a shoujo background. I tend to get bored which leads to frustration or it’s too cliche on tropes so I can call what happens next. But thanks to instagram I’ve found myself browsing scenes and caught myself intrigued over and over again. Maybe because the moments seemed sincere, genuine and innocent and that caught me from the usual Seinen that I love so much. 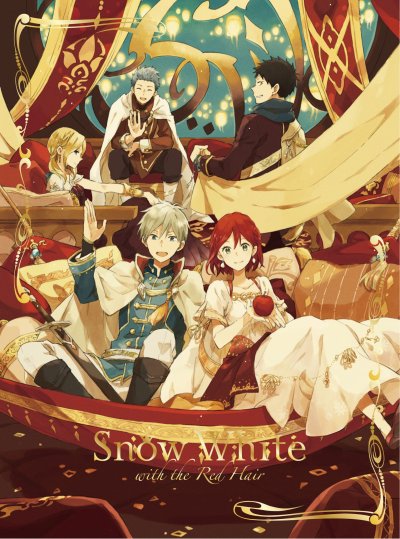 I could not get over the title. Through all two seasons, I couldn’t understand why she was being related to Snow White. Personality-wise she didn’t have the qualities Snow White had, but she did have a similar upbringing, her mother dies and her father left her. No stepmother or sisters, just people trying to sell her for her looks. I suppose that made her the most beautiful in all the land but that wasn’t really explained.

Not to mention there are multiple love interests (don’t worry that’s not much of a spoiler it happens within the first few minutes of the first episode). But for some reason, I believed in my best boy. That’s how they get you folks.

So not to spoil anything else, I wanted more struggle, especially towards the second season. I wanted them to get married and live happily ever after once the first season ended just to watch them struggle with the new love triangle in season 2. (Call me cynical, but we all know I’m a little chaotic haha.) Plus more characters were fleshed out and introduced, there were more hurdles and yet they spent multiple episodes on political issues that had nothing to do with the relationships that were growing. I was disappointed but I’d be lying if I said I didn’t enjoy it.

Deep down I still believed and yes, he did win in the end, sort of. Only because Shirayuki didn’t know about the OTHER GUY.

If you know, you know.

Also let me know in the comments if there’s a show you’d like me to view!